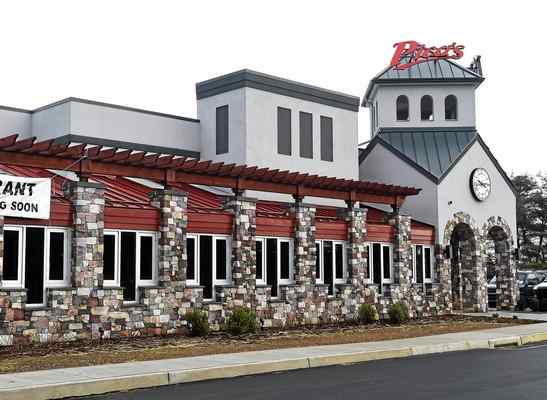 WEST GOSHEN >> The day many Delaware County natives now living in Chester County have been waiting for is here. Pica’s Restaurant at 1231 West Chester Pike is scheduled to open for pizza takeout Thursday. The restaurant is expected to open next week.

“It’s been in the planning stages for a number of years and we put a lot of thought into the layout,” said Lori Pica Rosario Wednesday. “The pizza is the same pizza we are noted for, cheese on bottom, sauce on top. Some menu items will be a little different, but it will be the same Italian specialties Pica’s is known for.”

Rosario is part of the third-generation family, along with her siblings Angela, Karen and Frank III, who are operating the business with their parents, Camille and Frank Jr. Her husband, Emmanuel Rosario will be executive chef of the new restaurant.

The new restaurant will seat 230, have takeout and a bar but no banquet facilities. They do not deliver. It will employ up to 40 people.

Frank Pica Sr. opened the business in 1941 with a pizzeria in West Philadelphia. In 1956, Frank Sr. and his son Frank Jr. moved to 7803 West Chester Pike in Upper Darby. They expanded into a full-service restaurant.

In July of 2014 Pica’s received national exposure when Jimmy Fallon served actress Tina Fey a Pica’s rectangular pizza on “The Tonight Show.” Fey is an Upper Darby native and visited the restaurant many times while growing up. Rosario said it’s been great and flattering to have the attention from Fey.

“We are excited and humbled that everyone is so excited for Pica’s of West Chester to open,” Rosario said. “Our wonderful, dedicated and loyal staff has made what we’ve done in Upper Darby possible, we couldn’t have done it without them.”