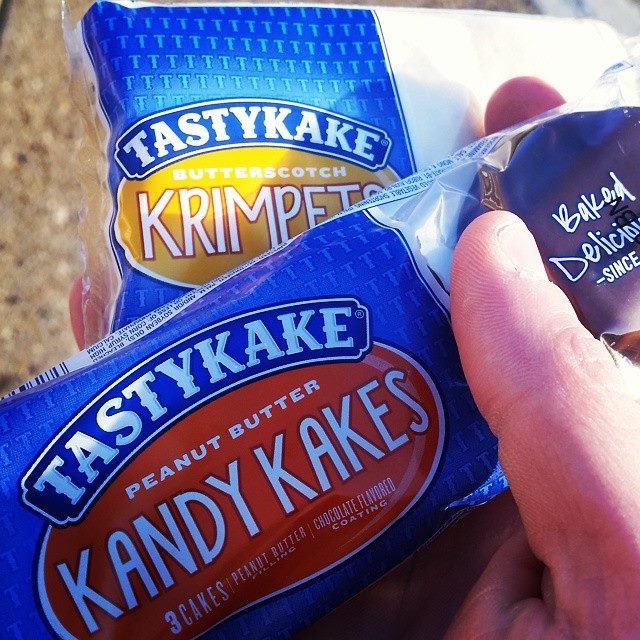 Neither. Those places are for the tourists. Try Tony Luke’s or Steve’s on Bustleton Ave and you won’t be disappointed.

2. “Can I Get A Cheesesteak With Whiz And Onions?”

Like nails on a chalkboard! If you must order whiz, just say you’ll take one “Wiz, wit.” But next time, try “American, witout.” Now move to the next window already, eh?

It’s what your sub, hero, or grinder wants to be when it grows up.

It’s essentially an Italian Ice. You can get them at Rita’s, which are even more common than Starbucks in Philly. But if you want the realest of real water ice, head to John’s on Christian Street.

Yep. Youse guys have a funny accent, too. So shut it.

Back off and Get. Your. Own.

They were. And then the Phils broke it and then they weren’t. But they still totally are. The moral of the story: You don’t mess with Billy Penn.

8. “What Is That Green Monster Thing Anyway?”

That’s the Phanatic, only the best mascot in all of sports. Don’t make him angry. You won’t like him when he’s angry. (Because you’ll LOVE him.)

WaWa. Get used to it. You’ll be there every day.

Soon you’ll be asking “when are they going to put drive-thru windows in Wawas?”

11. “You Guys Boo Your Own Players For Losing, Right?”

False. Philly fans boo players who deserve to be booed – the ones who are on the field but didn’t even bother showing up, the ones who don’t represent the city the way they should.

Win or lose, if you give Philly your heart, the fans give you theirs back.

Oh, well that’s a horse of a different color! Everybody knows that’s not really Jersey.

Pennsylvania has some of the strictest alcohol laws in the country. You can’t buy alcohol from a grocery or convenience store and you have to buy your liquor and wine from a state store and then go to a beer distributor for the beer.

Mummers are to Philadelphia what Mickey is to Disney World. New Year’s Day would never be the same without them.

17. “Where Do Those Guys Selling Pretzels Go To The Bathroom?”

19. “Why Are There So Many Bullies On Broad Street And Why Doesn’t Somebody Do Something About Them?”

Because we love our Broad Street Bullies, even when they’re less than entertaining. And they have the best logo in sports, hands down.

Sure. Pretty much everyone in Philly can give you directions wherever you need to go. But you won’t need them. The city works on a pretty foolproof grid system with easy-to-view maps posted around the streets. Thanks again, Willy Penn!

22. “What’s Up With The Giant Clothespin Outside City Hall?”

Why? Do you need to air your shirt out?

You live right underneath them and then see how much you give a crap about the Empire State Building. Boston knows.

It’s kind of like Oz, just follow the cobblestone roads. But if you’re looking for the best place to get your history fix, the Constitution Center is way better.

SEPTA is the city’s public transportation. And just an FYI, your train or bus will never be on time, especially if you’re in a rush.

26. “Where Do You Go To Celebrate After A Playoffs Or Championship Win?”

Frankford and Cottman. Be there or be square!

No. No trains. But you can get a pretty great lunch.

Yes. Yes it is. For better or worse, the city just wouldn’t be the same without the Northeast.

29. “You Must Have Gone To The Art Museum On Every School Field Trip”

The city definitely loves its art, but field trips were reserved for the Philadelphia Zoo and The Franklin Institute. Walking through the heart is a Philadelphian rite of passage for every kid.

30. “Can I Catch The Sunset Anywhere In The City?”

The new observation deck on Liberty One is slated to open this coming fall which is bound to make for some pretty spectacular views of the sunset.

But if you want the best view in the city, there’s nowhere better than Boathouse Row.

Can you? We’ll race you to the top! And if you’re like those lucky tourists recently, you might even run into the Italian Stallion in the flesh.

What’s the question everyone asks you just because you’re from Philadelphia? Tell us in the comments below!