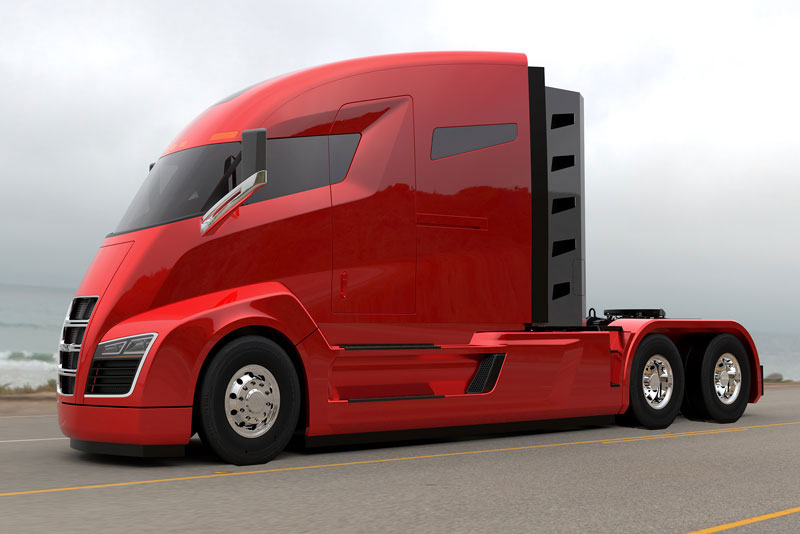 One of my favorite companies to follow is Tesla. I love their innovations and constant eye how to solve our future energy needs.  They are always thinking outside the box with automotive technologies.

Yes, the famed electrical engineer Nikola Tesla, whose contributions to the history of electricity had been so often unfairly overlooked after his death, now has two futuristic transportation companies bearing his name.

But while Tesla is focused on cars, Nikola Motor Co. plans to launch a 2,000 horsepower electric semi-truck that it is calling: “Nikola One.” The company claims its truck can haul an 80,000 pounds over 1,200 miles between stops. The prototype is about to go into testing.

Based in Salt Lake City, Nikola was founded several years ago by Trevor Milton.

“We want to even the playing field and income inequalities seen between owner operators and fleets for the first time in recent trucking history,” said Milton, the company’s chief executive. “This is just the beginning of what’s ahead for America, our company and the electric vehicle market.”

Nikola is building most of the components for the trucks, but it also has a partnership with Meritor which is co-designing an independent suspension system.

“By working together with some of the top engineering firms in America, we were able to design vehicles that have previously been thought impossible to design,” said Milton.

The company says it is taking reservations for both vehicles.